Kanye West said in a famous interview back in January that he was hoping that the upcoming Yeezy would be available for everyone and not sell out in seconds. And recent rumors say that the upcoming Yeezy semi-frozen yellow is the most limited Yeezy ever. So Adidas answer to Kanye was basically to mind his own business? Why aren’t all the different Yeezy available for everyone and just the ones who either are really lucky or spends almost hundreds of dollars on bots to buy them for them?

Let’s first summarize the interview with Kanye West before answering the question. He said that the Yeezys would soon be “available to everyone” and not sell out really quick. As seen in the chart bellow from hypebeast you can see the amounts of editions available. Last year at Black Friday was three Yeezy released and was very limited. Then we had the Beluga, almost twice as much pairs were available. And this rise just keeps on going.

At the end of the chart there are three colored squares, all representing one color of the upcoming Yeezys. But it has been rumored that one pair was going to be the most limited Yeezy of all time. That means less then the Black Friday ones, which is really low. But what about the others? I believe that the Beluga 2.0 will be available in the same amounts as the previous Beluga, maybe a little more but I really don’t think they’ll be available in the same amount as the creams. We also are waiting for the Blue Tint to be released, I believe that here we can except a pretty high amount, almost equal to the Zebras.

But why does Adidas only release them in such a limited amount? I believe they want them to be exclusive, whenever you see someone wearing Yeezy at a mall or somewhere else you’ll remember that they are very exclusive and limited. I like this very much, I want them to be limited that’s what makes them special and rare. But are they too limited? Well, I don’t really know what I think. I don’t really know how hard they are to get. Maybe they aren’t the problem, maybe we  are the problem.

If my understanding of copping Adidas is right, you can in some way reserve a spot. I like that system with, as long as you can’t use a bot for it! I hate that bots are available. It completely ruins the whole thing with copping sneakers, I think that an auto  filler is enough. I use fillr, a free app that fills in your credit card details. The best part is that its free and fair for everyone, everyone can use it and they all get the same advantages when using it. But if you are using a bot it’s not only very expensive, it is not everyone that wants to spend an extra $70 for a bot.

Now you are probably thinking that “Hey, I paid for this shouldn’t I get an advantage then?” well I think that bots shouldn’t be available at all. I like when you bring your friends over, hype for the drop in several hours and when it’s finally time you just keep refreshing the page. But with a bot this is all ruined, there is no hurry,  you will get the item you want.

Another problem is everyone who buys a bot and then sell the garment “they” copped for more. I get that when it is money on the table you can do pretty much everything, but if you don’t want it why should you buy it? You are just ruining for everyone else who badly wanted it but not spend $100 more to get it. Sooner then later the prices will either rise very much or the interest will decrease a lot i presume. 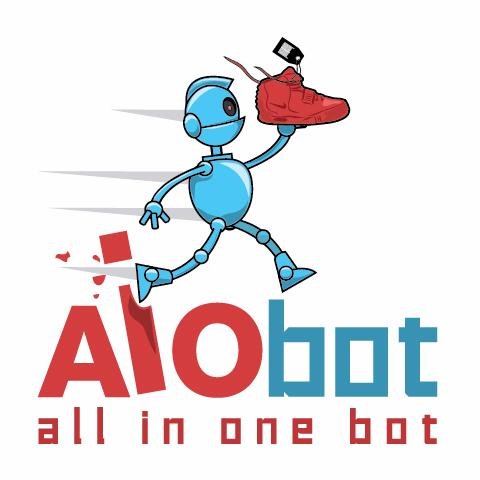 Now back to the topic, if there were no bots and no people that want’s to buy-low-sell-high then we wouldn’t have a problem. But now we have those people, how are we going to act? Are we going to put a higher price on the Yeezy for example. There are both good and bad consequences if Adidas decided to do this, the younger adults and teenagers wouldn’t wast so much money which could also lead to a loose in interest.

But if we weren’t changing the price but the quantity instead, how would it then be? The same outcome there as well I think. The Yeezy wouldn’t be so exclusive and rare. Instead they would be less popular since more people would be available to get them and there resell value would also decrease.

So how are we going to do to solve this problem? I have absolutely no idea but I feel like the market will soon decrease.

The best thing to do according to me though is to:

Let me know what you think, remember these are my opinions but I’m happy to hear your opinion!

2 thoughts on “Why do brands like Adidas only release a limited amount of Yeezy?” Leave a comment ›